How Ego Clashes in Office Destroyed My Career - Part 1 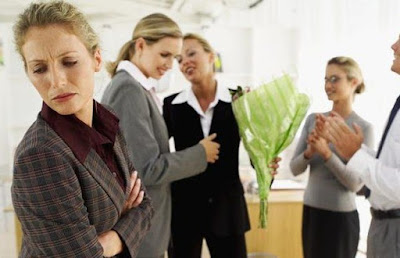 "Workplace ego clashes happen for various reasons," says Dr Lisa Matthewman, Principal Lecturer in Occupational and Organisational Psychology at the University of Westminster. "They can be the result of a conflict of personalities, professional jealousy or communication problems. Sometimes they happen when someone is trying to establish themselves as the alpha female or male.”
In my 10 years of corporate life I have experienced enough of these ego clashes that compelled me to leave the corporate world forever. I will share some of these painful experiences with you today.
When I got a chance to work as a digital marketer in a reputed IT firm in my city, my friends told me to be very careful about the place. I was surprised. They explained that this particular workplace is full of egoists who care nothing but their own benefits from exploiting juniors. I didn't give any heed to these warnings as I was very excited to join one of the reputed IT firm of the city as  an executive.
My first two months went well. But it was from the third month I started getting glimpses of ego clashes between me and my other colleagues. Then one day something happened which opened my eyes to the ugly corporate cultures of the egoists and their practices.
I was good in graphic design as well as visualization, copy writing and campaign ideation. This was due to my early work experiences in design houses and advertising agencies. When the seniors came to know about these qualities in me, which were slowly being revealed due to the delivery of tasks that were assigned to me, they became cautious. And that's how began the ego clashes between me and my colleagues who considered me as a threat to their age old practices of showing lethargic attitude and skipping assigned tasks at offices.
I practically experienced these three types of egoists at that office:-

I had colleague who hailed from a very rich and heritage family of the city. She felt proud to be a descendant of a famous person who established a very big brand of sweet shop in the northern part of the city. It is obvious, she has seen a lot of wealth in her life and was surrounded by servants to do her chores. But it is absolutely disgraceful to carry this particular attitude in the workplace where people from different backgrounds come together to work.
She literally never liked me. The reason was that when the team was restructured, in spite of her seniority she was not chosen as an executive but I was. She was left with the mere title of senior content writer. That probably hurt her feelings and aroused her ego.
She considered me to be treated like an old hag. Whenever I went to her for a discussion or with an assignment she used to show her disgust towards me by snapping back saying, "I can't do it now. Can't you see I am busy?" With that she would turn away and start gossiping with her colleagues. Her attitude towards me was like as if she was talking to a maid servant and not a colleague who is senior to her age.
Many a times I had to go back to my team lead to report this as it hampered my work process and made me feel disgusted. She was 11 years younger to me. But only because she hailed from such a well-known family her attitude towards me were silently observed and never reported by others. It was I who silently absorbed her ugly words that pierced my ears and mind. I forgave her every time she made rude remarks. Only to be harassed by her and her friends again and again.
We all come from different backgrounds - religions, cultures, academic credentials, economic, and thus with different mindsets. It has been observed that this mental framework has a direct impact on their individual performance which ultimately affects the organization as a whole.
When I deeply observed her attitude towards others I saw a stark difference in that. She treated others well but not me. It's the ego that barred her from considering me as one of her friendly colleagues. She was not only jealous of me but also afraid.
Once, she was assigned a very important task which she could not perform well. Her name along with others was escalated to the CEO level, but I was spared. And when the management decided to shift the responsibility of that task to me, she became extra cautious.
I grabbed the opportunity and gave my best performance which earned me a reputation. This probably aroused her ego more. She understood it was difficult for her to beat me as I was much more experienced than her. So she unleashed her wrath against me in the form of whatever nasty attitudes she can come up with. She knew she will never be questioned because of her family background.
I can't explain how painful it was to be treated like that. Being a shy introvert person I had to keep quiet for the sake of peace. And when I could not bear it anymore I complained and was kicked out of the room and made me sit in an isolated corner as everybody went against me. They supported the rich kid who was a darling baby to them and not a hard-working ordinary veteran like me. Such was their workplace culture.
to be continued...
Posted by Exposant at May 22, 2020