Common mistakes we make before accepting a job offer 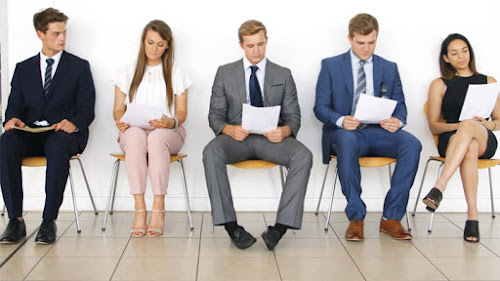 Of late I came across a LinkedIn post by a person who claimed to have been deceived by the company he served. He claimed the company took services from him and did not pay him on time. Instead, they terminated his services.
As the name of the company sounded familiar to me, I went through the Glassdoor reviews of it and came to know that, indeed there are a lot more people who had suffered from a similar fate. The reviews were old and reveal enough information to a new candidate opting for a job in that company to understand what's going on inside. My question is, "Why did the complainant did not go through the reviews before joining the company?" He should have analyzed them thoroughly before making a decision.
The fact is that we often do not do it. I could instantly relate his experience with those of my friends and mine. While going for a job hunt we often ignore a few basic things that we need to consider before saying "YES" to the job offer. And when these little things start creating the differences in the workplace we start complaining.
So what does a candidate usually look for while searching for a job? Well, in the present scenario of employment in our country, it is the salary. A good hike on his last drawn one will be enough incentive for him. Next comes the company reputation, policies, references, etc, etc. Satisfied with all these the candidate joins and after a few months he starts complaining or gets fired or has to leave without completing the term.

Let me demonstrate the situation with an example:-

Once a friend of mine was forced to leave her last job due to personal reasons. That left her unemployed for a long duration. Unable to find one with a good pay package she started hunting for a job in other cities in India. Luckily she got a call from a recruiter who happened to come across her CV on Naukri. But she needed to be relocated. She readily agreed. After three rounds of interviews, she was finally selected for the post. Within a week she found herself in another city and among new people whom she has to serve. She dedicatedly served for five months after which her services got terminated without notice or warning. What went wrong in her case is that she completely ignored the following points:-

1) The Reviews about the Company

Reviews do tell a lot about a company's work culture, inside stories, HR policies, etc. It is better to go through the reviews of the company well before you think of applying for a job there. Ask those who had served the company before. Try to get an idea of what goes on inside. This we often ignore.
The new company my friend joined was based in the USA. It has a branch office in a city in India. Neither of these offices has any Google review. Not only that the 10 years old company also does not have many reviews on Glassdoor. Whatever it has, are a mixture of extreme positive and negative ones. The positive ones were mainly given by those who worked in domains other than the one she applied for. The negative ones were given by those who were dissatisfied with the H1B visa availability and management issues. But nothing from the department she was going to join. Not only that, all the reviews were about the USA branch and nothing about the Indian one.
Secondly, she could not find many who have served the US-based branch on LinkedIn but found some who are serving the Indian firm for years. Yet, no reviews on the Indian branch anywhere online. That's strange, isn't it?

A good well-conducted interview process even if it is time-taking, not only gives a candidate a good everlasting impression of the company's organizational efficiency but also the confidence to the candidate. I once went to give an interview to the Amazon office in Hyderabad. Since it required several steps of evaluating and eliminating candidates, they asked the candidates to take breaks from time to time and allowed them to use their own cafeteria for food and refreshments. The interviewing team also guided them in their exams, etc. So much for some online processing candidate interview process!
On the other hand, lack of coordination between the interviewer and the higher authority, unnecessary long procedures during the interview, asking irrelevant questions, absence of interviewer on the day of the interview, candidate interviewed by the person who is not a subject matter expert, etc. often leaves the candidate disappointed and angry.
HRs or Recruiters of many companies often pick up CVs randomly from recruiting sites to meet the interview quota. They will ask to appear for interview telling they have openings relevant to your work experience. But after appearing you may find out you are bluffed.
I was once asked by the HR of a company to join as a sales executive. My duty would be to generate leads and sales of the services the company provides. Obviously, it was not based on my experience level. She has picked up my CV just because she saw the term "Digital Marketing" and had not gone through the entire one at all.
Apart from these, non-responsive HRs and recruiters are rampant in almost every office in our country. They just don't bother to inform candidates whether they were selected or not, keeping the candidate waiting for long. I experienced this once. I was selected for the telephonic round. I passed but the concerned authority did not bother to inform me on time. I waited for one month, frustrated I asked the recruiter about the result. Within 2 days I got the final call for a face-to-face interview which by then was too late to come. She had completely ignored the fact that she needed to inform me. Her excuse was that my candidature got stuck in the process.
My friend too faced a peculiar interview process before she was selected by that US-based firm. She was interviewed by a person who was not a subject matter expert. Imagine how her abilities are judged. Even though she came to know about it during the interview process she ignored the fact. She did not judge the situation that if she is ever put under this man's leadership then what will be the future of her.

3) The Attitude of the Interviewer

The attitude of the interviewer is very much important for a candidate to watch. A good and efficient interviewer will talk to the candidate in an encouraging tone. He will never try to bring out the negative sides of the candidate with a deliberate effort. He will never shout or mock at any wrong answer given by the interviewee but will guide him to do better in the future.
An interviewer often tries to impress the candidate by saying untrue facts about the company. My friend fell into the trap while giving the interview to the US-based company. The interviewer made one false claim which was practically difficult for her to verify. He said the company had a big team to the work with and she will be under the careful guidance of a senior subject matter expert which was actually not true.
Another friend was told she will be provided with training during her tenure. She signed a bond of 1.5 years and joined a private firm (non IT). It was totally a false claim. She had to appoint a lawyer to help her get out of that firm before the tenure ended.
The interviewer says a lot during the interview process. One has to carefully judge each and every word of him in order to understand the real intention of the person.

We often forget to wear our spyglasses while scrutinizing these two things. It is often seen that the offer letter does not speak about all the terms and conditions that a candidate has to abide by if he/she joins the company. The hidden policies are revealed after one has started giving services. Make sure you question the authority well before accepting the offer.
Let me give you one example. I was offered a job by a company with a very good pay package. I got the offer letter through an email. I joined the company. A lot of papers and experience letters were asked from my side which I promptly provided them with. When the time of providing an appointment letter came the HR told me I will not get the letter till the sixth month of my probation period comes. The confirmation letter will come after I complete the sixth month and get confirmed by the CEO. Will an experienced person ever join/serve such a company?
Think twice before you sign any bond before or after joining the company you have chosen to serve. Read the terms and conditions carefully, lest you fall into traps set by the employer.
Let's take up my friend's experience once more. After the recruitment process is over, she happily joined the US-based company and started serving dedicatedly. Soon she realized the followings:-
The negative reviews and the minute indicators during the interview process told enough about the companies actual picture but she ignored them totally. The manager was looking for candidates from other states in India whom he can keep under his nose and make them work according to his choice as he could not pressurize the local employees for some reason. When this intention got revealed in front of my friend she started looking for a job. the company came to know about it and sacked her.
Young and naive candidates often make these mistakes in their career. Even an experienced person might fall into traps and lose a substantial amount of their time, energy and labour if they are not careful enough to choose the right company to serve.
Posted by Exposant at October 04, 2019